B2 Productions: The Blackwell Ghost – Be A Great Storyteller 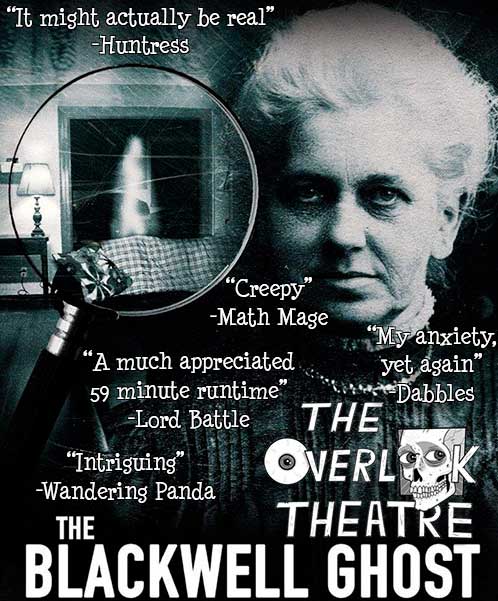 Do you believe in ghosts? Yes? No? Maybe? The other night I came across this movie on Amazon Prime. The caption read; “the only documented ghost captured on film!” I mean, come on, that’s good stuff. Of course I have to see for my own eyes. Great movie. Very creepy and I don’t scare easily. But the real scare factor is not in the effects, not in the terror of actually seeing a ghost on camera. The real terror comes in the director’s ability to tell a great story. From the get go, we are told that the director is trying to find verification that ghosts exist. He and his wife set off on a crusade to Virginia and visit an old house where paranormal happenings take place every night. The director and his wife are invited to stay in the house while the home owner travels away on business. Armed with only Go Pro’s and a small prosumer camera our fearless duo set off to spend a few nights in the haunted house. How does it end up? Well, I’m not going to ruin a perfectly good ghost story. You’ll have to see for yourself.

So how many times have we seen a great story filmed on a shoe string budget? In the horror genre, I can think of a couple. Paranormal Activity comes to mind. Filmed right here in San Diego, the film asks the age old question: with no one to witness, does a tree make a noise when it falls in the woods? In Paranormal Activity, what happens at night when you sleep? Do lights turn on and off? Strange creeks and foot steps? The budget for the film was around $10k. It went on to become a franchise with, I believe, to date, six spin-off’s distributed by Paramount. The original had an estimated gross of $193 million worldwide ($10k budget). That’s a good story (and maybe good marketing from Paramount).

Now, let’s turn our attention to corporate production. The same fundamental truth stands: if you tell a great story your audience will come (and stay). Regardless, if you are working for a non-profit or a corporate giant. Regardless of your program’s overall objective. If you tell a good story, your audience will be tuned in. If you lay something out flat or strictly informative, people will ultimately turn off.

Become a great storyteller, your audience will thank you.

For more information about B2 Productions click here: www.b2productions.com